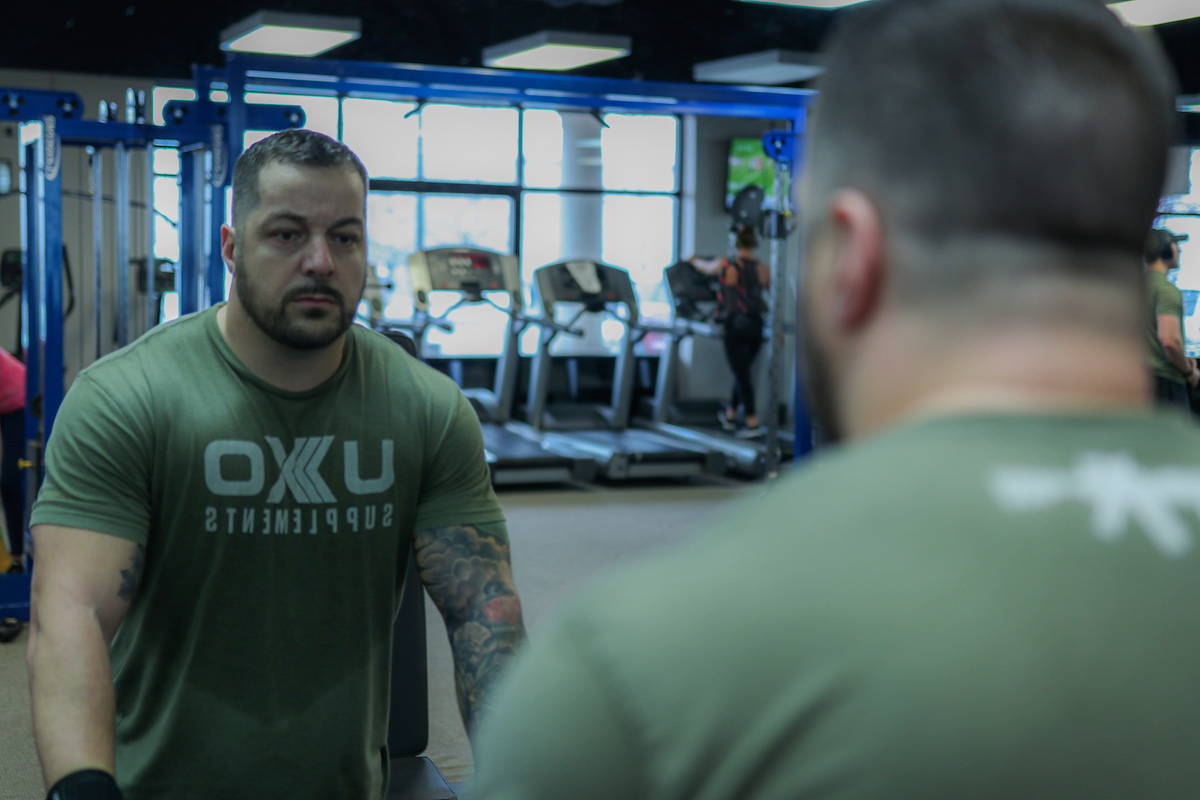 "I am not a traditional athlete by any sense of the term. I am not going to paint a perfect picture of who i want you to think I am. I will be the first to admit that my diet sucks. I love to drink, eat lots of meat, and torture myself in the gym. I work hard and party harder."

Nothing I do is normal. I worked in sales and made a decent living up until the age of 30. When the recession hit, well, it hit me pretty bad. I lost my house, my car, my self identity. I jumped from job interview to job interview only to be offered something that would put in me in the same rut I was in previous. I decided to make a change. I wanted to do something meaningful in life. I stepped foot in to the Army recruiters office and told them I wanted to be a combat Soldier and go find some Taliban. Here is the catch, I was smoking over a pack of cigarettes a day and couldn't remember the last time I exercised. The recruiter invited me back for a PT session, and I quickly learned that I was not prepared. It took me 23 minutes to run 2 miles, threw up multiple times, and couldn't do more than 25 pushups. I quit smoking that day.

Since I was on delayed entry. I had 3.5 months to get into shape. I worked my ass off every day. Completed multiple running programs to get my endurance up and shocked my body with frozen ice baths. By the time I made it to Basic training I was completing 2 mile runs in under 14 minutes and maxing out my pushups and situps. I had lost 20lbs, and felt incredible.

Shortly after completing Basic and Advanced training, I was given orders to move to Ft. Knox to join the 1st Infantry Brigade. My seat wasn't even warm there yet, before the unit received its movement orders to Afghanistan. I had no idea what to expect, outside of knowing we were being deployed to a hostile area, and would be in imminent danger. That year we went out on more than 380 missions, with 6 soldiers receiving Purple Hearts and the entire platoon awarded Combat Action Badges. It was in Afghanistan that I grew a love for the gym, a love for working out (in a small make shift fitness center that was absolutely perfect). See, over there you are under constant stress. Gym is therapy . . . . You couldn't turn to a bottle and drink your issues away. You could hit the squat rack or the bench and leave all of your aggression there.

While deployed, we would order in supplements from various places. Everybody shared their preworkouts, and community protein jugs. But, too much of my dismay, a lot of our products would get confiscated by leadership for having ingredients banned by the Military. This made me research what I was buying, try to find answers to why some ingredients were considered banned. Began to understand effects of ephedra, 1,3, and DMAA. I started ordering in raw powders and began mixing my own conconctions that I knew were safe and effective. I realized quickly there was a gap in the industry, so me and my business Partner Doug, put $10k into a pot and UXO was now a living thing. To this day, I still conduct daily therapy in the gym. I push my body beyond it's limits looking to better myself physically and mentally.